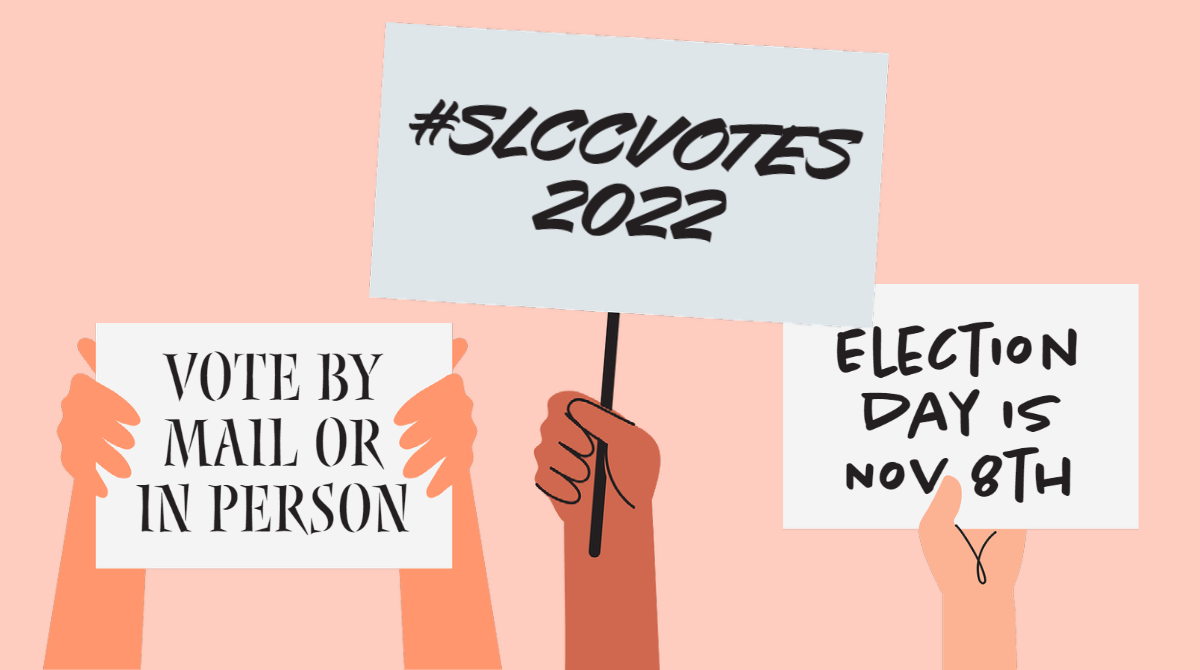 Challengers Darlene McDonald (D) and January Walker (United Utah Party), running for the U.S. House District 4 seat, appeared at the University of Utah on Oct. 12. Rep. Burgess Owens (R) did not attend the debate despite being scheduled to appear.

The day of the debate, the incumbent released a video explaining his decision to not attend, citing problems with the moderator, Salt Lake Tribune Executive Editor Lauren Gustus. Owens has criticized the publication since April 2021 when the Tribune published a Pat Bagley cartoon that compares Owens’s remarks at the southern border to Ku Klux Klan rhetoric.

On Oct. 28, Owens and McDonald participated in a second debate organized by both candidates’ campaigns.

As part of The Globe’s 2022 midterm election coverage, views from the three candidates about topics most important to Salt Lake Community College students are compiled below. Topics include inflation, abortion, the Great Salt Lake and the current state of politics.

What can be done about inflation, particularly at the pump?

Walker said members of the Republican and Democratic parties have enabled those predatory practices, and added that both parties have had the opportunity to solve these issues but refuse to act.

“Neither [parties] profits or stays elected by doing so,” Walker said.

Owens said excessive government spending has resulted in inflation, and promised to rein it in. Energy independence should be a priority, he said, adding that it would reduce the cost of gas and power.

“It’s going against everything the Democratic Party has done in the last year and a half,” Owens said.

Citing an increase in interest rates but a lack of decreasing prices, McDonald said Congress needs to hold corporations — oil companies in this case — accountable.

“We need to address corporations for not bringing those prices down when we’re doing what we’re supposed to do with the interest rates,” McDonald said.

Should congress enact a national policy or should states decide what’s best on the issue of abortion?

Women who live in states that have or plan to restrict access to abortion, McDonald said, will see their lives put in jeopardy under certain situations — like instances of ectopic pregnancies, which is a pregnancy where a fertilized egg implants outside the uterus, usually in a fallopian tube, requiring immediate medical attention.

“It is not the role of the government to decide women’s reproductive rights or freedoms,” McDonald said.

Owens said he was glad to see the U.S. Supreme Court overturn Roe, and that decisions on abortion should remain firmly in the hands of state legislatures. He added that he would oppose any effort to take action at the federal level.

“This is a debate we will have as a state, thank goodness,” Owens said. “I’m proud to be in a state that believes in life.”

Walker kicked off her answer by saying that politicians use topics like abortion to manipulate and divide Americans.

“They come from a room full of strategists, from both the Republicans and Democrats … these messages have been carefully crafted for them,” Walker said.

She said the government should not involve itself with people’s bodies, either at the state or federal level. To bridge the divide between both major parties, Walker suggested to look at the “lowest common denominator.”

For that, she pointed to providing access to abortion in cases of rape, incest and protecting the mother’s life. These baseline protections, Walker said, should be implemented nationwide.

What federal policy solutions do you see as necessary to solve the problem of the Great Salt Lake?

The bill would allocate $10 million in federal spending to assess drought conditions in the Great Basin region, and authorize a study on the feasibility of solutions including pipelines, desalination plants and canal reinforcement.

“The key is that we have innovation with the right people at the table,” Owens said.

McDonald, at the Oct. 28 debate, said Owens’s legislation was an example of wasteful government spending, adding that studies assessing the conditions of the lake have already been done.

“10 million dollars to study something we already know,” McDonald said.

McDonald also attacked Owens for opposing the Inflation Reduction Act, which dedicates $4 billion in spending towards water security. McDonald added that saving the lake requires representatives to work across all party lines.

Walker wants to modernize water infrastructure across the state. She criticized the Inflation Reduction Act, saying that $4 billion of the bill’s total in spending is insufficient to solve water problems across western states.

“Water is a necessity,” Walker said, “a human need.”

How do you assess the current state of politics?

McDonald said change must come from connecting with those we disagree with and finding a shared understanding.

“It is good … to share a meal with people, even people that you don’t agree with,” McDonald said. “You can come to some common ground … we don’t have that in our politics today because it’s always about getting one up over the other.”

Owens said he was grateful having grown up understanding the power of the phrase “we the people,” and that while Americans have disagreements, they always find a common cause.

“Good people, no matter what side we stand on, we’re dealing with the same issues,” Owens said.

Walker acknowledged that the divide in current politics is obvious, but that this begs the question of why the divide exists. Her answer is that those currently in positions of power do not have any incentives to fix problems.

“It doesn’t matter … if you choose to vote for a Democrat or Republican anymore, because the results and solutions will be the exact same that we’ve seen for decades now,” Walker said.