Home News Campus Graffiti not yet a stain on campus 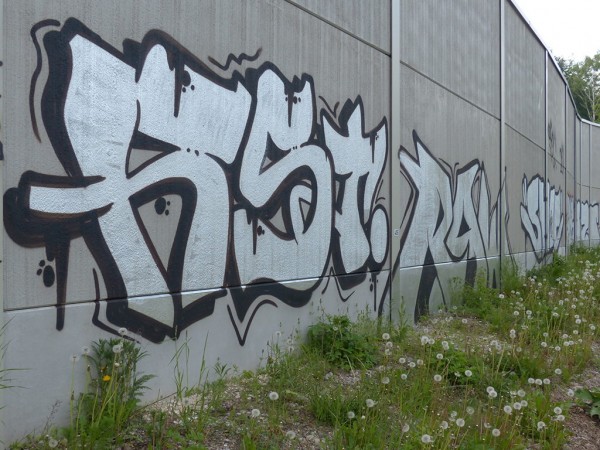 Graffiti is the art of spray painting images on public buildings, but more often than not it is considered an act of vandalism known as tagging and is a crime that occurs on Salt Lake Community College (SLCC) campuses.

“Is [graffiti] a huge problem? No,” said Lieutenant Jeff Willmore of the Utah Highway Patrol (UHP).

Since January of 2012, a total of 16 graffiti cases have been reported to the UHP.

Lt. Willmore stated that most of the cases are gang related, as tagging is common for gangs to mark their territory.

When asked about the graffiti on one of the caution signs by the SLCC Taylorsville Redwood Campus Student Center attacking the homosexual community, Lt. Willmore stated that it was the first case he had seen attacking a specific group of people.

It is important to report any cases of graffiti witnessed on campus as well as any acts in progress. Even though the graffiti may be seen, it can be removed, documented and even used to help in future investigations.

The UHP is located at four of the SLCC Campuses: Taylorsville Redwood, South City, Jordan and Meadowbrook.

Lt. Willmore did also say that Meadowbrook receives the lowest amount of graffiti cases due in part to its location being farther from suburban neighborhoods.

Students that want to report graffiti can call the non-emergency dispatch number for their respective campus and make a case file.

Students that witness an act of graffiti in progress are recommended to refrain from trying to apprehend or confront the individual. Students should instead call the non-emergency dispatch number and give details on the individual, such as facial features and clothing, as well as a license plate number if available.

Unfortunately, a lot of graffiti cases do go unresolved, but collectively the cases can be used to detect patterns, connect cases and even help ongoing gang investigations.

A surge in wrong-way drivers across Utah results in over 40 collisions, 7 deaths

Dating in a digital world

Ensuring campus safety for all