Home News Campus Firearms on campus: To carry or not to carry 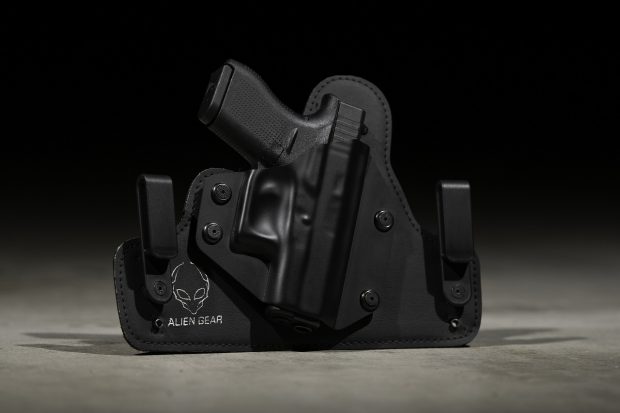 There are more than 71,000 people in Salt Lake County who have a valid Utah concealed carry permit.

Salt Lake Community College drafted a policy that allows these individuals to carry a firearm on campus grounds. But those who exercise this right must be careful and follow the law to avoid confusion or panic.

“It is important for them to conceal it because it does create attention and concern,” says Utah Highway Patrol Lt. Jeff Willmore.

According to Lt. Willmore, it is unknown how many students or staff actually bring firearms to SLCC.

“I don’t have an estimate of those that conceal carry on campus,” he states.

While the reasons people choose to carry a gun on campus may vary, personal safety and security is a primary concern.

“You see all the school shootings, it’s a way of being prepared,” says Ashley Farmer, a local contractor that frequently works on campus.

“I try to [conceal carry] as much as I can,” he says. “I like to be prepared for anything that could happen.”

Utah state law outlines the circumstances which a firearm can be used as a means of self-defense. Such events rarely occur at SLCC.

“We have a pretty safe environment,” Willmore says.

Because gun laws have become a nationally divisive issue, many students have differing opinions about the campus carry policy.

“I think it is okay if they have the proper education on how to handle the weapon and when to use it,” says biology major Wendy Islas.

Sam Farnsworth disagrees, and thinks it is better not to have firearms on campus.

“People who get too comfortable with guns tend not to treat them with the respect they deserve,” he says.

For Camille Ostler, the choice to conceal carry on campus “depends on the person and the vibes they give out.”

Utah State legislator and UHP Lt. Lee Perry is sponsoring House Bill 112 this year. If it becomes law, Utah gun owners could legally conceal a firearm without a permit. Perry stresses that the bill would have no impact on college campuses.

“Schools are restricted places and you have to have a concealed permit to carry concealed at a school,” he says.

Anyone who has questions about the firearm policy at SLCC can contact the Taylorsville Redwood Campus UHP office at 801-957-4270.

How concealed carry without a permit affects public safety

What you need to know about firearms at SLCC