Home Arts and Entertainment Music on the Spot: Brad Paisley’s ‘Wheelhouse’ of controversy 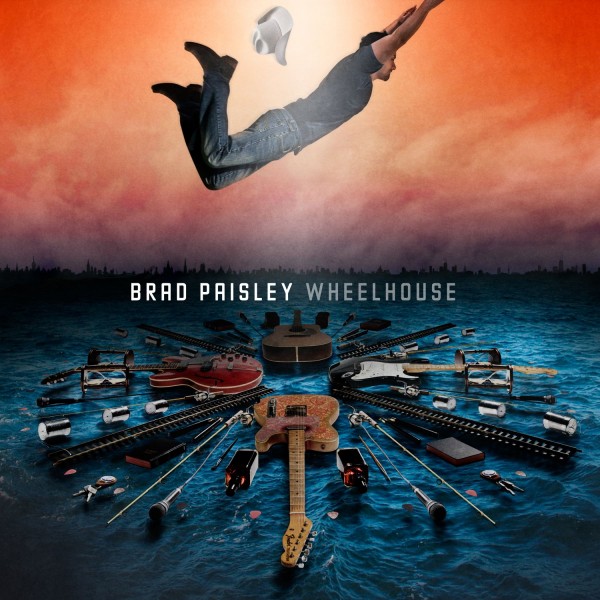 Brad Paisley is arguably the most diverse country music artist of all time. As a foundational artist of the new country style, Paisley will go down in history as one of the greatest. On April 9, Brad Paisley released his ninth studio album, Wheelhouse.

The album begins with its first single, Southern Comfort Zone. The track is immediately reminiscent of his 2007 single, Letter To Me. Written in the same reflective nature, this time reminding the listener that even though Paisley’s home is in the heartland, he understands the diversity of the world he lives in. This track will also fall in line with the unofficial theme of civil liberties the album presents.

Paisley collaborates with many artists here including fellow country comrades Dierks Bentley, Hunter Hayes and Roger Miller on the party track, Outstanding In Our Field. In the self-inflicting pain of Pressing On A Bruise featuring contemporary artist Mat Kearney, Paisley proves he can play well with others in the first portion of this album. That sentiment is put to the test later in second half of the album.

Paisley teams with Charlie Daniels in the song, Karate, about a wife who has been the victim of domestic abuse. The woman takes private karate lessons in order to seek vengeance on her drunken husband. The song appears to be written in a more light-hearted manor and with lyrics such as “She’s gonna get that belt to match her eye”. This track has a very Goodbye Earl [Dixie Chicks] feel to it.

The jury is out on that track. Perhaps because they are too busy deliberating about the next one.

The final collaboration on the album is one which has sparked a blaze in the Twittersphere. This is a more serious tune about race relations, primarily in the American south, called Accidental Racist featuring LL Cool J. The concept here seems to be one of ending racial profiling and fighting for a greater communal good, but the song comes off rather as being a tad corny.

When Tim McGraw and Nelly made the hit song Over and Over back in 2003, it was a success simply because it was a great collaboration. But ten years later Paisley and Cool J leave a lot to be desired.

One thing Paisley seems to include in his albums is a gospel based song. Those Crazy Christians is a surprising track which takes a look into Paisley’s view of radical church goers.

The song can appeal to both Christians and Agnostics alike and with lyrics such as, “No they ain’t the late night party kind, they curse the devil’s whiskey while they drink the Saviors’ wine.” Paisley, a professed Christian, may be in for even more controversy on this one.

Other notable tracks on the album include, Beat This Summer, I Can’t Change the World and Officially Alive.