Home News Campus The break is over: It’s time to get back into the groove 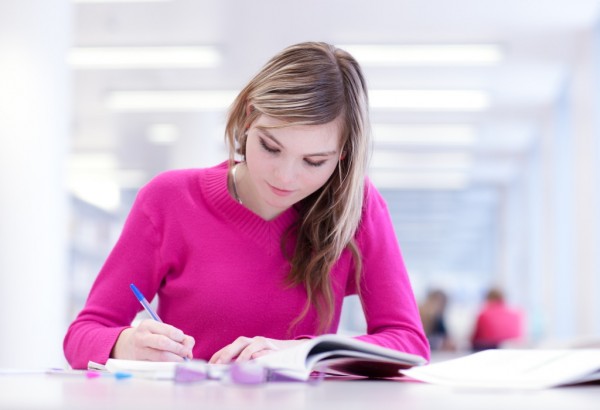 With spring semester starting and students back from a nice holiday rest, mustering up motivation for school can be hard.

Taylor Swenson, a second year student at SLCC, feels less stress when he plans ahead for the semester. It’s something he has done since he was in high school.

“At the beginning of the semester, I pay great attention to what the teacher has in store for us,” Swenson said. “I take note of the dates on the syllabus when assignments are due.”

Swenson marks the dates of when the assignments are due in a calendar app on his tablet, which also syncs with the calendar on his phone. Reminders will pop up on the device he is using that will remind him of what’s coming up.

“I feel that by doing this, I put less stress on myself,” Swenson said. “I find it easy to keep on task when I am reminded as to what’s coming up.”

The motivation didn’t come cheap to biology major Jennifer Lee. She learned the hard way to what she should have done from the start. Something she wishes she would have worked harder on in her first semester at SLCC.

“When I started at SLCC I was still in vacation mode,” Lee said. “I thought I could just get by and get decent grades with minimal effort.”

Lee started to see the effect it had on her grades during the middle of the semester. The damage was nearly done and she was struggling to keep up on the assignments. Lee realized she needed to make some changes to her attitude towards her schoolwork.

By the end of Lee’s first semester she was able to pass her classes. However her grades were not as good as she had hoped for. As Lee’s second semester was about to begin she decided to do something different.

“I made the decision that school work needed to be a priority for me to achieve the grades I really wanted,” Lee said. “So whenever I had schoolwork that needed to get done, I finished my work before I did anything with my friends.”

Lee’s decision to make school a priority gave her the confidence and ability to get the grades she wanted. She still found time outside of school for a social life, but found that she was much less stressed when the schoolwork was done first.

Dan Jenson, a business major, loves social media. He feels it’s a way to stay connected to friends and all that is happening in the world, but when Jenson started out at SLCC he noticed the time he spent on social media websites would need to be cut back. It was a distraction he knew might get in the way.

“I just love staying in contact with what’s going on around me,” Jenson said. “But I knew the time I spent on Facebook and Twitter would be a big distraction to me while I did homework.”

Jenson learned from a few times of giving attention to social media websites that he was less focused when he browsed these sites. He retained less information because he wasn’t focused on his schoolwork.

Jenson feels that he was able to succeed more in school when his attention was fully given to his schooling.

These three students all feel that being prepared starts from the beginning of the semester. Staying caught up with schoolwork will help students to be less stressed.

“I think students will feel less stressed as the focus on school starts at the beginning of the semester,” Swenson said. “If there is something I could give as advise to students it would be to focus on assignments in advance before they are due. This way there wouldn’t be any last minute stress to get the assignment done.”

Back to school: SLCC Athletics

Back to school: Center for Health and Counseling

Back to school: Child care at SLCC

International Student Services is your home away from home