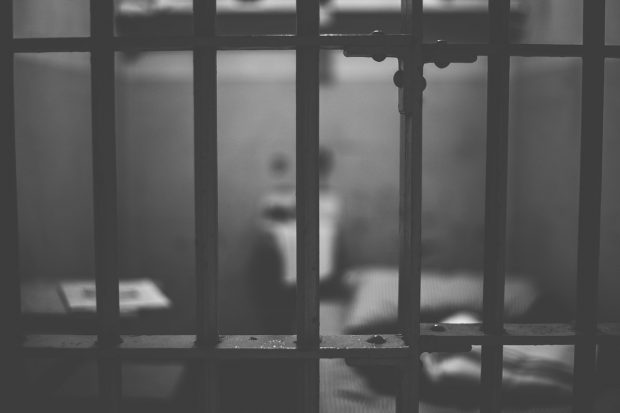 It may come as a surprise to many Salt Lake Community College students that some of their peers are actually serving time in prison.

68-year-old adjunct professor Norm Zurn teaches communication classes for inmates at the Utah State Prison. He has volunteered at the prison for more than 30 years, helping inmates re-enter society with the skills they need to be productive citizens.

“Business communications is frankly a perfect class, there’s probably not a more significant class to be taught at the prison,” he says. “It’s not just an elements of communication class but it’s a functional one.”

Zurn says that COMM 1010 teaches inmates — or as he affectionately calls them, “Men in White” — interpersonal communication, a skill that is invaluable for life inside the prison, and even more so when they are released.

Every week at South City Campus, Zurn chooses a student to become “Professor of the Week” to co-teach the class and run PowerPoint. He doesn’t see any reason he should teach his course differently at the prison; each inmate co-teaches a chapter the same way his other students do.

Zurn has customized some of his assignments specifically for the inmates in order to be applicable to their lives upon release.

“One [assignment] that doesn’t come from any book [is] something I created,” he explains. “For their last presentation, they have to create a job that they could have within 30 days after they’re released. They couldn’t have more than a $500 budget and they have to be a felon.”

Finding employment within 30 days could prove difficult for someone without a criminal record, so the constraints of the assignment become an even greater challenge for inmates. Nevertheless, his students rise to the occasion, yielding impressive results.

“He took my class eight years ago, and one of the things he told me was while he was incarcerated for three-and-a-half years he read 300 non-fiction books,” Zurn says.

Five years ago at a local fair, Zurn ran into his former student, who was selling sunglasses out of his own kiosk. When Zurn asked J.R. where he got the idea for his business, J.R. said it came from the assignment he received in class at the prison.

“The guy’s made over a million dollars legally,” Zurn says.

To people who criticize the idea of inmate education, Zurn argues for its merits.

Zurn states that 95 percent of the prison population is eventually released, which makes a program like this especially important.

“These guys are getting out. And some people say, ‘Treat ‘em like dogs, don’t give ‘em food,’ well guess what, you treat someone like a dog and they come out a dog. To me, education is the number one thing we can do to help that population.”

Zurn says most people have never been to the prison, so they don’t know what it’s really like. He believes most of his students, despite their pasts, truly want to improve themselves.

“As a professor, it’s not my job to determine what they did to get there,” he says. “These are still individuals who screwed up, who are paying a big price for a long time, and they are doing what they need to do. Yeah, there are some just trying to get out of their cell for a few hours, but the large majority are saying, ‘Yeah, I really want to make a change.’”

SLCC students help each other find jobs during crisis