“Captain America: The Winter Soldier” picks up after the events of “The Avengers.” Steve Rogers, reprised by Chris Evans, is adjusting to life in the modern world while performing his duties as an operative of S.H.I.E.L.D. under the direction of Nick Fury, reprised by Samuel L. Jackson. 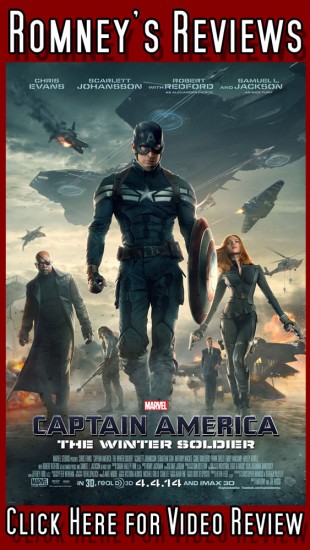 Things go south after a rescue mission leads to an attempt on Fury’s life, which introduces the film’s antagonist, the Winter Soldier, played by Sebastian Stan. Robert Redford, Anthony Mackie and Scarlett Johansson, reprising her role as Black Widow, round out the cast.

Compared to the previous Captain America movie, or even “The Avengers,” this film is darker and more action-packed. The story shifts from the usual hero/villain fisticuffs to one with a layer of espionage and political intrigue. The film also manages to retain its trademark character-driven humor, allowing for some breaks in the tension.

Another key difference from its predecessor is that this film is more self-contained.

Yes, it expects you to have at least seen the previous Captain America movie, but the story this time around is more of an isolated incident instead of a feature-length prequel to “Age of Ultron” post-credits tease notwithstanding.

The only complaint I have is how they introduced the character of Samuel Wilson, aka Falcon. While the character was well-written, the way they pull him into the story put a strain on the suspension of disbelief. First, they try to pass him off as a former soldier living in Washington, D.C., but then bring in the information about the flight harness and his experience in a way that comes out of leftfield.

Other than that, “Captain America: The Winter Soldier” delivers everything you would expect from a Marvel Studios film, right down to the character nods and post-credits foreshadowing. The film also follows the precedent set by the darker tone of “Iron Man 3” but takes things a little bit further when it comes to the film’s stakes. Those who are fans of the Marvel Cinematic Universe have already decided that they are going to see this film. That’s pretty much the audience the film is catered towards, and falls in line with Kevin Feige’s M.O.

“Captain America: The Winter Soldier” gets a 4/5.