Home Arts and Entertainment Movie Review: ‘Labor Day’: Convicts, cooking and an awkward representation of puberty
It’s time for a release in an attempt to capitalize on potential awards season buzz; meaning, that this film could very well be Oscar-bait fluff. In some respects I was pleasantly surprised and in others, not so much. 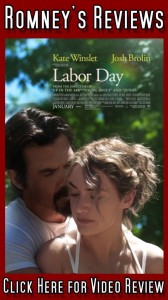 As the name implies, “Labor Day” takes place over the course of Labor Day weekend in 1987 as a depressed reclusive single mother, played by Kate Winslet, along with her 13-year-old son, played by Gattlin Griffith, find themselves forced to harbor a fugitive, played by Josh Brolin, who is on the run from the local police.

It is during this time that the mother and the convict form an unlikely connection, as they provide each other with what they have been missing for a long time. Need I really say more? We’ve all seen this sort of story before.

The first thing I can say about the film is that it doesn’t waste its time in getting to the inciting incident, probably because the filmmakers realized that they already had a long opening credit sequence, so anything longer might have been overkill.

Another compliment that I can give the film is that it’s also really well acted, at least by the main actors, as Winslet, Brolin and even Griffith turn in some pretty good performances.

The supporting cast is a bit of a mixed bag. While many of the faulty performances can be attributed to poor writing within the screenplay, there are few moments when the delivery of certain lines really needed work, especially from the other key child actor in the film, Brigham Fleming.

This film has some pretty creative moments, particularly when it comes to the execution of certain flashbacks. However, some of those moments are hindered by a reliance on voice-over narration. While this worked in some scenes of exposition, for other scenes it felt unnecessary.

This is especially applicable for what I feel was a forced, yet still underdeveloped exploration of puberty. They tried to make it an underlying theme, but it wasn’t executed well. It was introduced at the beginning, disappeared for a while, only to suddenly return out of nowhere but never really referenced to any significant degree.

Overall, “Labor Day” has its moments but it’s not perfect. While it didn’t suffer from the usual pacing problems that a film based on a large novel tends to suffer from, it did suffer in the terms of how it carried the underlying theme of the story. It’s well acted and has some entertaining value, but I wouldn’t recommend this film. If it comes on television one day, and you’re bored, then there’s no real harm in watching it, but as a theatrical release, I’d say skip it.