I’m not too familiar with the production of this particular film, save for the fact that it took 19 years for it to secure a director and main star, getting both with Ben Stiller. 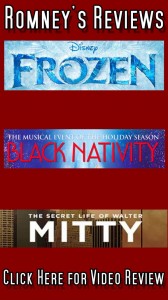 I haven’t read the short story by James Thurber, nor have I seen the 1947 film also based on the story. I mostly came into this particular version expecting a movie caught somewhere between art-house film and “dramedy.” Coming out of it, it felt like more like a passion piece that’s just kind of “there.”

Ben Stiller stars as Walter Mitty, a daydream-prone negative assets manager for Life Magazine who learns that the magazine has been bought out by another company and is being turned into an online magazine.

For the final issue of the magazine, Walter receives a roll of developed film from famous photographer Sean O’Connell, played by Sean Penn, only to find that the negative for the final issue’s cover image is missing. This prompts him to embark on a journey around the world to find the photographer and solve the mystery. Rounding out the cast, we have Kristen Wiig, Patton Oswalt and Adam Scott.

However, there are quite a few instances of strobing to be seen in some of the moving shots that take place indoors. Other than that, the imagery is quite colorful and vibrant without going the auteur route of highlighting a specific color.

The daydream sequences brought some laughs, although they were bordering on the edge of “Seth MacFarlane cutaway gag” a few times. One sequence in particular, although arguably necessary for the story, wavered a little in its execution.

The story as a whole was pretty entertaining, even if the tone was kind of shaky in a few places, caught somewhere between a normal mainstream comedy and an artsy, slice-of-life comedy like “Little Miss Sunshine” or “The Way Way Back.”

Overall, it’s an entertaining film, but not necessarily one that you need to rush to theaters to see. It has its charms, but doesn’t really warrant its Christmas release date. Other than that, if you’re looking for a moderately light-hearted movie to kill time, then I recommend the “The Secret Life of Walter Mitty.”