No nation is without its fair share of darkness when it comes to its history—and the United States is no different. While some people may argue that there’s no need to discuss slavery as much we do in our schools and communities, it is also argued that by not discussing this painful part of our nation’s past, we trivialize the lives lost as a result of the horrid conditions the slaves had to live in. We also leave the very memory itself at risk of being forgotten. To quote George Santayana, “Those who cannot remember the past, are condemned to repeat it.” 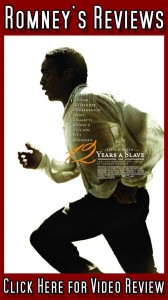 “12 Years a Slave” follows the harrowing true story of Solomon Northrup, portrayed by Chiwetel Eljiofor, a free African-American from New York who was kidnapped and sold into slavery. The film focuses on the 12 years he spent as a slave, telling a brutal story about the inherent cruelty of the times.

I will admit that this film is definitely Oscar-bait. However, unlike many of the Oscar-bait films I’ve seen throughout the many months, this film is one that really takes its time with the story, allowing for a few scenes where the imagery is simply allowed to sink in.

It is by no means a happy story. Whippings, hangings and other forms of abuse abound in this film’s portrayal of slavery. While some audiences may be put off by it, you need to remember these, and many more atrocities, did happen to those in bondage. This film is also one that won’t let you forget that either.

When it comes to the acting, we see many powerful performances from our main star as well as supporting cast, with the film almost being a who’s who of actors ranging from established actors, such as Brad Pitt and Paul Giamatti, to fan-favorite up-and-comers such as Michael Fassbender and Benedict Cumberbatch.

From a technical standpoint, the film boasts some really strong cinematography, aided by artistic editing.  The musical score was moderately weak as it wasn’t a major driving force. Much of the focus comes from the mostly silent yet haunting visuals.

Overall, “12 Years a Slave” filled me with many intense emotions as I watched it. Even as I saw the brutal whippings, beatings and torment, I could not look away. As a viewer, I took this journey with Solomon and was compelled to see it all the way through. There’s a good reason why there has been some strong Oscar buzz surrounding this film. If you’re willing to put yourself through the emotional ringer, then I highly recommend you see it.