If the film industry was a college, and it offered a course called Intro to Franchising, then Kevin Feige would have written the textbook. It’s plain to see that Marvel Studios has nailed the movie franchise business and is repeatedly raking in millions of dollars, as this film’s overseas revenue stands to prove. 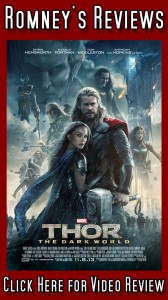 However, box office dollars is one thing, but critical acclaim is another. Does the first Marvel movie to be released ahead of the holiday season hold up?

Like the other films in Phase 2, “Thor: The Dark World” takes place after the events of “The Avengers.” Thor, reprised by Chris Hemsworth, fights to bring peace to the nine realms of Yggdrasil after apprehending Loki, reprised by Tom Hiddleston.

Although peace has returned, Thor’s thoughts are still focused on the scientist Sally Foster, reprised by Natalie Portman, who has been pursuing various dimensional anomalies on Earth in order to find him.

Things take a turn for the worst when Foster accidentally uncovers an ancient weapon known as the Aether.

This sparks the return of an ancient enemy of the Asgardians, the dark elves, led by Malekith the Accursed, played by Christopher Eccleston.

The first thing I can say about the film is that it has all the trappings we have come to expect from Marvel Studios at this point. Equal parts action and comedy are mixed with allusions to past and future events in the Marvel Universe. The fan-boys will no doubt be satisfied.

Despite my overall enjoyment, I did have a few problems with the film as I watched.

First, I understand that Loki, specifically Tom Hiddleston’s version of Loki, is very popular. However, the scenes where he’s featured, namely sitting in his cell, feel like pointless fan service. While it’s not as bad as I’ve seen in other films, it’s still quite obvious why some of those scenes were put into the film.

The second problem had to do with scenes revolving around the side characters that are bumbling around on Earth while Sally is on Asgard. There were some comedic moments, but they began to get on my nerves after a while. They felt very formulaic and mostly broke the flow of events.

Speaking of formulaic, the same thing could be said for the final battle.

The final battle attempts to give a “scientific” base for the devices they use to subdue the villain and his minions. While the comics have never really been known for accurate science, it felt kind of desperate the way they tried to explain what was going on during the battle.

Nitpicks aside, I still really enjoyed “Thor: The Dark World.” It’s a Marvel movie through and through, so anybody expecting that much will walk away satisfied. Comparatively, I feel that it was a lot better than its predecessor. The character growth in this film felt more natural, whereas “Thor” sought to rush it towards the end. Let me end this review by once again cautioning that you shouldn’t leave before the credits have finished rolling, as there are scenes and tidbits that set the stage for the later films of Phase 2.