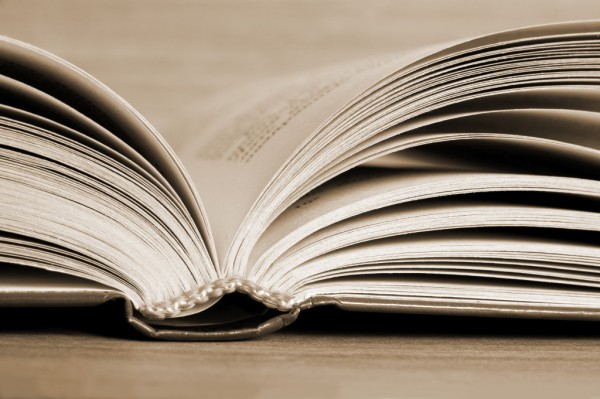 SLCC is celebrating Banned Books Week from Sept. 22-28, 2013. For more information about events, activities, and exhibitions go to: slccarchives.wix.com/exhibits#!bannedbooks

The writer Jennifer Magelky, in a research study at the Washington State University, found that the first and greatest number of complaints about controversial books arose from “sexually explicit material.” The second category was “offensive language,” she said. In a third category she included material with topics of violence and religious viewpoints.

Among the first books banned during American colonial times was Meritorious Price of Our Redemption by William Pynchon, a merchant and trader in Boston, Mass. Pynchon’s book exposed the reader to other religious ideas besides the traditional Puritan’s doctrine. He was sent to court and asked to abandon his ideas. Copies of his book were collected and burned.

Later, censorship continued to be a method to counterattack radical ideas.

For example, books such as Nathaniel Hawthorne’s Scarlet Letter, Mark Twain’s The Adventures of Huckleberry Finn and J.D. Salinger’s The Catcher in the Rye were also banned because these books touched hot topics such as sexuality, racism and youth matters.

However, censorship of books is still a recurrent issue throughout the US. The American Library Association (ALA) reports that last year The Kite Runner by Khaled Hosseini, The Glass Castle by Jeanette Walls and Fifty Shades of Grey by E.L. James were banned at schools because their controversial topics.

In 1979, Jaws by Peter Benchley was placed as a restricted book at Ogden High School because of sexual content. Grendel by John Gardner was banned in 1991 at Viewmont High School in Farmington, Utah, because it was considered obscene and sexist. In 1993, A Day No Pigs Would Die by Robert Newton Peck was removed from the Payson Middle School, Utah, 7th grade classrooms because of language and a scene where an infant’s grave was dug up.

According to the SLCC’s library website, their Taylorsville Redwood Campus library was verbally petitioned to remove a book on pregnancy from their collection because the cover showed a woman’s bare, pregnant belly.

School boards need to state clear policies on how reading material is selected. They have to include community leaders to guarantee a general consensus. Ignoring minorities’ concerns is what has usually triggered conflicts and confrontations. Schools representatives have to avoid censorship. They should promote collective agreements instead; negotiate clauses and policies that protect everybody’s rights and freedom to read.

People should not limit others’ ability to search out information they want to know. It is a legal right that everyone has in deciding which material is appropriate for them. Censorship is unfair because it restricts people of their right to know, and hinders the students’ enrichment of their lived experience gained through exposure to a diversity of thoughts.

Since 1982 Banned Books Week has been promoted by ALA and is a response to censorship.

Banned Books Week is the annual celebration of the freedom to read. Libraries, bookstores and schools join forces to draw attention to the often overlooked problem of censorship. This year it will be held from Sept. 22-28. As part of this celebration ALA has partnered with co-sponsors nationwide, including the SLCC.

An online exhibition is already available at the SLCC’s library website. From Sept. 23 until the beginning of October there will be a physical exhibition at the Redwood Markosian Library. It will include a collection of books that have been banned or challenged.

The censorship of books continues to be a hot issue at schools. It is hard to define parameters respecting what books or written material to use in class. As a result, this issue becomes complex when the material becomes available to the present generation regarded as the future leaders in our community. Additionally, it becomes more controversial because of the hot topics that define our diverse and changing society today.

The solution is not to implement censorship without assuming its consequences and avoiding responsibilities, but implementing adequate policies and procedures that facilitates open forum among all the parties with a general consensus in sight.

4 places to go for a better SLCC experience

Think the library is just for books? Think again