Home News Campus Binge Drinking: 99 bottles of beer, about 97 too many 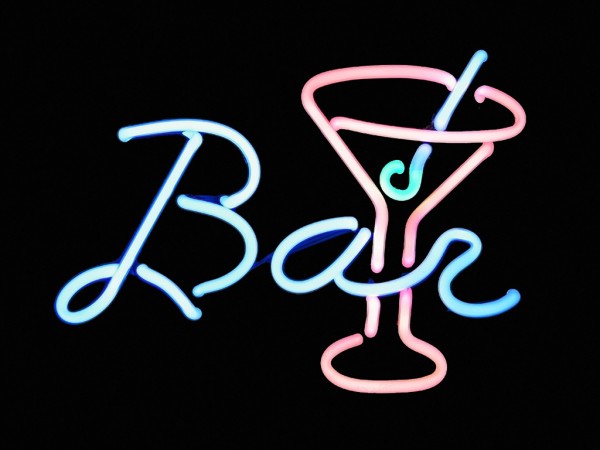 It’s Saturday night at A Bar Named Sue. The band Isaac Farr Trio is playing a rendition of Sublime’s “Santeria”. A group of college-aged women are air-humping each other and performing a dance move known as the Jersey Turnpike.

Alcohol consumption among college students isn’t something new. It’s part of America’s culture. “National Lampoon’s Animal House” and “Revenge of the Nerds” are classic films that portray the excessive alcohol use of college students.

“Our culture is filled with messages [about alcohol]. You drink to have fun. You drink to reduce anxiety. You drink when you’re stressed,” says Craig PoVey, Program Administrator for the Utah Division of Substance Abuse and Mental Health (DSAMH).

Moderate alcohol use, according to the 2010 dietary guidelines for Americans, is considered one drink a day for women and two for men. Drinking moderately offers health benefits. It reduces the risk of developing heart disease, dying of a heart attack and having a stroke.

But more than half of the alcohol consumed in America, according to the U.S. Centers for Disease Control and Prevention (CDC), is in the form of binge drinks.

PoVey believes that people who drink develop their own language regarding the use of alcohol, because they aren’t aware of the scientific standards.

Sean Erikson is a SLCC student, majoring in Criminal Justice. He categorizes drinkers with three labels: champions, average and beginners.

“I can probably smash about 15 American beers, depending on the day, maybe a little bit more,” says Erikson.

Erikson calls himself a “champion” drinker. The amount of alcohol he consumes is above the standard of binge-drinking. But he believes that the definition of binge-drinking depends on a person’s tolerance and the potency of the alcohol.

“I think it’s [binge-drinking] all a recipe for disaster. A person enters into a climate where getting drunk is the outcome they’re looking for,” says PoVey. “They consume more; they consume it faster. They start thinking the norm would be to drink a pitcher of beer not one drink in an hour.”

A person who has high tolerance may be able to drink more without showing the same effects as someone without tolerance, but their blood-alcohol content level remains the same.

“Tolerance is one of the things I wish people would understand. It’s a key indicator of where you’re at and to know whether it’s a problem or not,” says PoVey.

Large quantities of alcohol when consumed quickly can cause blackouts and memory lapses, which is an indicator of brain damage.

An individual’s brain isn’t fully developed until his/her mid-twenties, according to PoVey. The last part of the brain to develop is the frontal cortex, which guides logical thinking.

“Every time someone gets high or gets drunk, it retards that development and that section of the brain to the point that they’re not making good decisions and their brain isn’t maturing fast enough. It impedes their rise to adulthood,” says Jeff Marrott, the Training Manager of DMSAH.

The spring 2013 Executive Summary of Salt Lake Community College, provided by the American College Health Association, shows that 39.1 percent of students had reported alcohol use within the last 30 days. An analysis was taken of the students who had reported having more than one drink. The estimated blood-alcohol concentration level (BAC) reached 0.10, or higher, for 86.9 percent of those students.

The SLCC students, who had an estimated BAC level of 0.10 or higher, were above the scientific standard of binge-drinking. That standard is in place because excessive alcohol use can correlate with negative outcomes. It can lead to addiction, poor judgment and neurological damage. But the scientific standard of binge-drinking is different from what is socially acceptable, among those who drink.

Binge-drinking doesn’t mean a person is alcohol-dependent. However, the SLCC students, who had an estimated BAC of 0.10 or higher, are at-risk of addiction and brain damage.

“Nobody has been told that there are limits to drinking and how to drink responsibly if you choose to drink,” says Tatiana Burton, the Program Manager for Health Promotion, at SLCC.

End of an era as 3.2 beer leaves Utah

What you can do to reduce Finals Week stress