“Pacific Rim” is definitely one of the more ambitious films to come out this summer.

It’s not part of a large franchise, unless Guillermo del Toro has his way, nor is it a reboot. It’s a completely original intellectual property, which is a very refreshing thing. It’s also very ambitious in regards to the genre and inspirations it takes cues from, that being the Kaiju film genre and Japanese Anime. 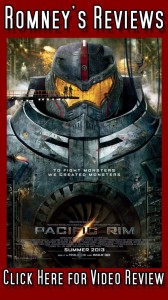 “Pacific Rim” is set in a not too distant future where alien life has been coming to Earth via a dimensional portal in the Pacific Ocean known as the Breach. These aren’t the “we come in peace” aliens, but rather the “SMASH ALL THE THINGS!” types of aliens appropriately named Kaiju, which is the Japanese word for monster or “strange beast.”

In order to counter the threat of the Kaiju, the world governments pool their resources into the creation of the Jaeger Program, which entails the creation of giant robots that require two pilots who are locked in a “neural bridge,” with the two brains essentially becoming one.

The main story follows Raleigh Becket, played by Charlie Hunnam, a former Jaeger pilot whose brother/co-pilot was killed during a Kaiju battle five years prior. He’s brought out of retirement by Marshall Stacker Pentecost, played by Idris Elba, who is gathering pilots and Jaeger’s from all over the world for one final assault against the Kaiju, and is hoping to seal the Breach and end the war once and for all. Rinko Kikuchi, Ron Perlman and Charlie Day round out the sizable supporting cast.

The movie feels like something taken out of anime such as “Mobile Suit Gundam” and “Neon Genesis Evangelion” in terms of scope and pacing.

When it comes to scope, everything about this film is big and operatic. The robots, the Kaiju and the battles between the two are on such a scale that make filmmakers like Michael Bay look even more like a tool.

In terms of the pacing, you could divide parts of the story into segments of your basic mecha anime series. This is especially applicable to the interactions between the characters.

On that same note, there are some downsides to being similar to a mecha anime, as there are times in the film where certain story elements feel compressed and only alluded to, which are something that tends to happen in feature-length adaptations of animated series.

The movie also delves into Roland Emmerich territory with the way things are shown and played out, employing such tropes at the “cast of thousands” and “Hollywood science” while at the same time rivaling “Man of Steel” in terms of how much collateral damage the various cities and settings receive during the battles.

However, where this film differs from “Man of Steel” and the Emmerich filmography is that there is a visible degree of passion behind the film. You can tell just how much enthusiasm went into the production.

While it has a lot going for it, I still had a few problems with it, albeit fairly minor ones. The battles, while very action-packed and exciting did get a little too frantic from time to time, not entirely helped by the fact that most of the battles take place at night.

Another thing I had trouble with was the fact that there were some characters and ideas that probably seemed good on paper, but could have been either excised to make way for the more important elements of the story or emphasized to make their importance to the story more clear.

It’s because of some of that extra fluff that the story missed out on some opportunities for character development, particularly between Raleigh and Mako, Kikuchi’s character.

Overall, I had a blast watching this movie, as the action is intense and engaging.

The characters, while mostly underdeveloped, are likable and draw you into the story. Everything from the visual design right down to the musical score feels like a send-up to the Kaiju films of the past, which is worth considering as the film features dedications to the late Ray Harryhausen and Ishirō Honda.

The only real warnings I can give you regarding this movie is that if you plan on seeing it in IMAX 3D, make sure to sit as far back as possible as well as being as close to the center as possible, as the intense imagery might give you a headache otherwise.

Other than that, it’s an entertaining film worthy of being called a summer blockbuster. On my personal scale, I give “Pacific Rim” a 4.5/5.

Adventure at the Anime Banzai