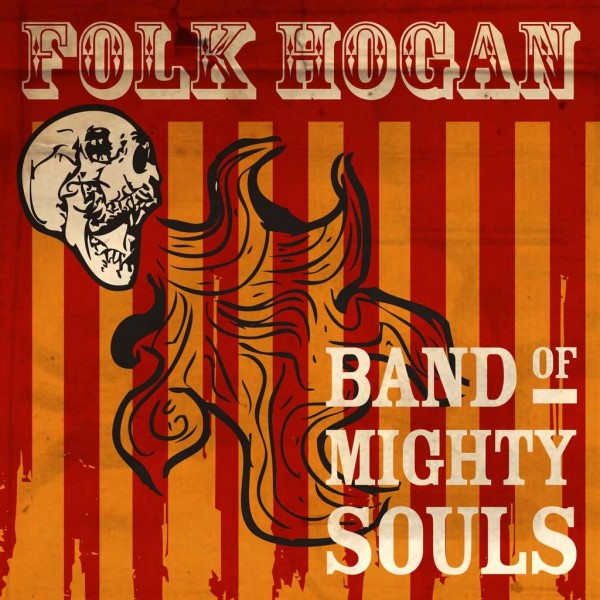 Over spring break I had the privilege to attend the 20th anniversary show for punk rock band, Anti-Flag.

The show featured two unique opening acts: a hip-hop group, which the majority of those in attendance could have done without, and a group of misfit gypsies who possess what the Anti-Flag singer dubbed “the best band name ever,” Folk Hogan.

The wild band of these Salt Lake gypsy punks folked up a souring crowd and caught me under their euphoric spell. The spirited sextet have a great energy live, something they have spilled over onto their debut release, Band of Mighty Souls.

The album unfolds with a squeezebox melody under a tale of tragic love in Zombie Prince. Folk Hogan’s songwriting is rather strange, and at times, I’m not sure if I’m still in the 21st century, but that is what makes them so unique.

With punk rock typically driven by fast paced drums and three cord guitar riffs, Folk Hogan have traded in their Fender Stratocasters for a mandolin and a banjo

The combo drives much of the album, including Skeleton Scramble and Bootleggers Dance.

There could not be a more perfect title track for an album than Band of Mighty Souls. The song is a somewhat serious, but highly exaggerated story about the origins of the band members and their destiny as a group.

The album ends with the ballad True Love Story written about the one thing the band truly loves: whiskey.

Folk Hogan is a true standout among the Salt Lake music underground. With a well established intermountain tour schedule and professional business model for the band, potential bookers may not even realize this band of mighty whiskey-loving souls are actually managed completely independently.