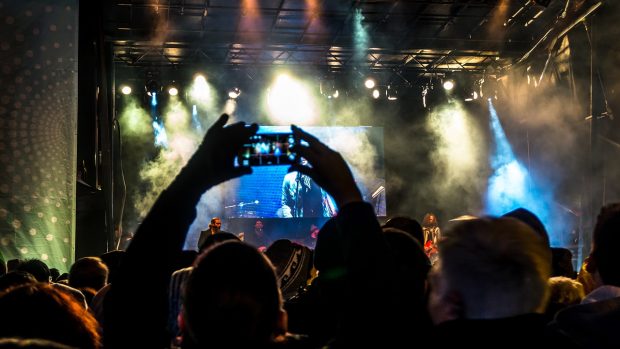 Music always brings people together, and Salt Lake City has become a popular place for music lovers of all genres.

While Salt Lake City is considered a “B market” compared to Los Angeles, New York, Miami and other cities, it has some great names who come through monthly. And supporting local production companies is the easiest way to get involved in the music scene.

V2 Presents co-founder Jeremy Moreland has been throwing events since the late 1990s and early 2000s and has been a very inspiring staple when it comes to promoting events and local festivals.

“Our scene has grown a lot in the past few years,” he says. “We are always looking to bring people on board. It’s tough work but if you want a career in this industry, you’ll either show up or not.”

V2 Presents is responsible for events such as the Das Energi Festival, the Get Freaky Festival, and Get Lucky. Get Lucky will mark its 12th consecutive year next month with headliners such as W&W, Morgan Page and Audien.

Live Nite Events is another major contributor to the nightlife and music scene. Some of their top events include Reggae Rise Up and the all-ages summer festival Bonanza Campout.

LNE director of operations Joey Traum, who has been with the company for almost four years, has helped curate events from everything to reggae, alternative rock, to EDM and hip-hop.

“We love when people want to get involved with our company,” he says.

Traum and his team are looking for help with Bonanza Campout this June, as well as consistent promotions online and in the community for events throughout the year.

“We are always looking for more positive voices to engage and encourage friends to attend events,” he says.

From simply showing up to a concert to working an event, there are a lot of ways to get involved and support local musicians and DJs.

Where to have fun when you’re under 21