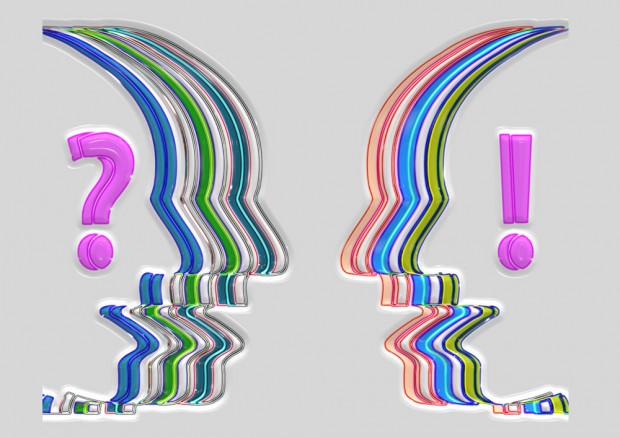 This event was held at the South City Campus and touched on myriad topics including physics, chemistry and astronomy.

Here are some excerpts from the exchange:

Mckenzie: “This is my doll. Her name is Jenny and Santa Claus gave her to me.”

Smith: “Santa Claus gave her to you? Are you even aware of the physics involved for someone to deliver presents to over 300 million children? His sleigh would have to travel close to 700 miles a second, and that’s just for the Christian kids … he and his reindeer would literally burst into flames. There is no such thing as Santa Claus — you’re being ignorant.”

While this initial blow caught Mackenzie off guard, she quickly recovered by singing a rendition of Twinkle Twinkle Little Star and offered her theory on the moon being made of cheese.

Smith: “Little star? Our sun is a main sequence star and considered small in comparison to the other stars. And even then, you could fit 1 million of our earths inside. Also, stars only twinkle because of refractions occurring in our own atmosphere. You’re being ignorant to the massiveness of these fiery, nuclear furnaces fusing hydrogen and helium on an astounding scale within their cores.

“Now, to your point on the moon. Just what kind of cheese do you think it’s made of?”

Smith: “Your mommy is an idiot — and she’s ignorant. See here, the albedo of the moon is at approximately 0.12 percent. Swiss cheese is more than triple that. Looking at the moon would literally be like looking into a giant floodlight and that’s clearly not the case. Additionally, the temperature of the moon reaches over 250 degrees and Swiss melts at 130 degrees, which would make the moon all blobby. It would have to be made out of Parmesan, and even then you would still have melting.

“And I’m not even going to get into just how you would get close to 0.1 earth mass units of fermented milk into a lunar orbit.”

Smith: “Typical creationist tactic. Once you start losing an argument, you change topics from science to historical figureheads. You’re ignorant. Plus you’re in way over your head. Did I mention you’re ignorant? Ignorant…”

The last response brought a thunderous applause from the SLCC Atheist Club attending the debate with a few of the more vocal individuals shouting for Mckenzie to “take your toys and go home to momma, you loser!” — Which Mckenzie did after drinking the rest of her juice box.

There is no need to worry, no dreams were dashed. This is just another way to pull your leg for April Fools’ Day.

This fictional article is part of The Globe’s commemorative issue for April Fools’ Day. This article is for entertainment purposes only. Enjoy!
Related