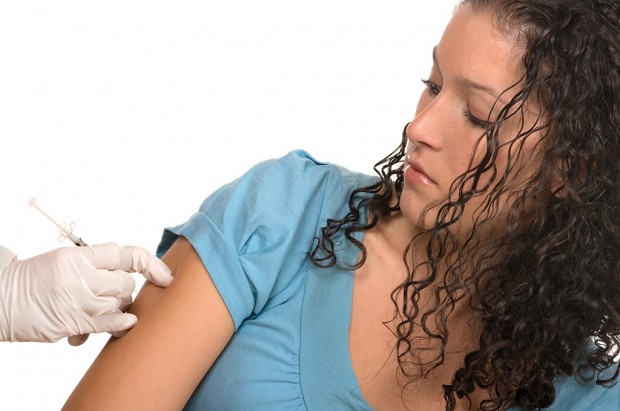 17 states, including Utah, were hit by a recent measles outbreak that originated in the Disneyland theme park in California. At Salt Lake Community College, health workers are urging caution and vaccinations.

Measles was thought to be eradicated within the United States in 2000 because of the development of a strong vaccine that is 97 percent effective, according to the Centers of Disease Control and Prevention.

Even though a disease can be labeled as eliminated, the risk of an outbreak still exists if the disease is brought in from another country. In 2011, an individual who was infected with measles attended a lecture at the South City Campus. This prompted the school to post bulletins on MyPage to notify students.

“Before the measles vaccination program started in 1963, we estimate that about 3 to 4 million people got measles each year in the United States. Of those people, 400 to 500 died, 48,000 were hospitalized, and 4,000 developed encephalitis (brain swelling) from measles,” according to the CDC website.

Health and Wellness centers are located at the Taylorsville, Jordan and South City campuses. The centers offer a variety of medical services to students and their families, including vaccinations.

“We best serve those without insurance. If a student has insurance, preventative healthcare is now covered as part of the ACA. This includes recommended vaccinations,” says Health and Wellness Services clinic manager Mark Francom. “An uninsured person may get vaccinated here at costs similar to the local health department.”

Although celebrities like Jenny McCarthy have spoken out against the use of vaccinations, Francom encourages all students to be informed and ignore the innuendo.

“Obviously some people have strong beliefs, whether religious or otherwise, that oppose the use of vaccines. Also, recent allegations-rumors that vaccines correlate and contribute to developmental disorders have stigmatized their use, despite ample evidence that these allegations are unfounded,” Francom says.

According to the Utah Department of Health, coverage levels are based off of the basic childhood immunization series which is commonly referred to as the 4:3:1:3:3:1 series. This includes 4 DTaP (Diphtheria, Tetanus, Pertussis), 3 Polio, 1 MMR (Measles, Mumps, Rubella), 3 Hib (Haemophilus influenzae type b), 3 Hepatitis B vaccines, and 1 Chickenpox vaccine.

Although a majority of parents immunize their children, Francom still urges everyone to stay up to date on their vaccinations.

“In my opinion, immunizations are one of the miracles of modern medicine and have, more than likely, saved more lives than any singular medical advancement,” he says.

What you should know about measles