Home Opinion The significance of the American flag 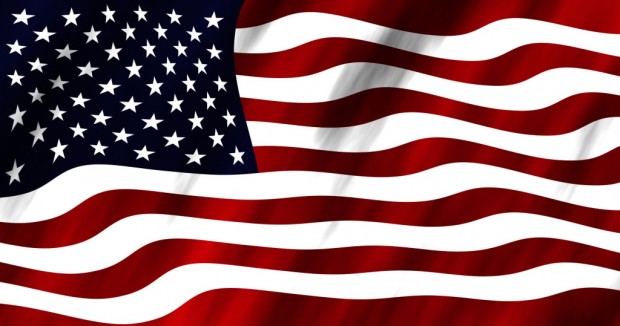 Our nation’s flag is arguably the most enduring and endearing symbol of what the United States stands for.

“Nowadays, no one seems to respect [the flag] at all,” says 62-year-old, former SLCC student Shauna Bayle. “Within two blocks of my home there are three places where the flag is not displayed or cared for properly.”

Violations of care or manufacturing of the flag can carry a $1000 fine.

When displaying the American flag, it should be hoisted briskly at sunrise and taken down at sunset with some form of ceremony.

The flag should never be flown at night unless properly illuminated. Only a special all weather flag should be displayed during inclement weather.

If an American flag is ever flown upside down it is a universal sign of distress. Under no circumstances should the flag touch the ground, water or any surface below it.

During this time all other flags and banners are also lowered so that at no time they rest higher than the ‘Stars and Stripes’.

“It is all a matter of respect,” says Danny Hildebrant, a Vietnam Veteran and Purple Heart recipient. “We were taught the Pledge of Allegiance to the flag in school, they don’t do that anymore. It’s a shame.”

This is even more evident at parades or other public events. When the American flag passes by, there are always those who stand at attention and salute until it passes out of sight.

Although many people notice and may get lumps in their throats, very few stand and join this said minority.

In fact, even non-military citizens are expected to stand and cover their heart with their right hand out of respect whenever the flag is presented.

When displayed, no other flag or banner should ever be displayed higher then or to the right of the American flag. It should only be displayed with the Union, or Stars, on the left hand side as you look at it.

It should never be laid flat unless either carried or draped on a coffin, in which case the Union should be above the left shoulder.

When a flag is used in military funerals, before the burial it is carefully folded 12 times into a triangle with the blue on the outside.

This represents the tri-corner hats worn by George Washington and the troops that served with him.

Each of the 12 folds have represent the following:

– The lower portion of The Star of David

They are done with great care and ceremony, touched only by white gloves until it is presented to the family as a symbol of our countries gratitude for the fallen soldiers heroism and sacrifice.

Probably the most controversial tradition concerning the American flag is burning it.

“Often the practice is associated with anti-American demonstrations, it is actually the way all American flags should be destroyed once they are worn or damaged.” explained Holmes.

In fact, a worn or damaged flag should never be displayed. Instead it should be burned with ceremony and respect, along with one final military salute.

As George Washington said, “We take the stars from heaven, the red from our mother country, separating it by white stripes, thus showing that we have separated from her, and the white stripes shall go down to posterity, representing our liberty.”