My familiarity with The Lone Ranger is fairly limited. I only really know of the Lone Ranger due to his status as pop culture icon, much like the superheroes we all know today.

However, given that the character is essentially designed as a folk hero of the Old West, I went into the film expecting a light-hearted Western, or at the very least, something that felt like a Western.

What I got instead was a somewhat vain attempt to recreate the same “magic” that was found with Pirates of the Caribbean but set it in a version of the Old West that makes Little House on the Prairie look like 3:10 to Yuma by comparison.

Johnny Depp takes top billing as Tonto, the Native American sidekick of the Lone Ranger, who in his old age tells the “untold” story of how John Reid, played by Armie Hammer, went from a meek district attorney to the legendary hero of the Old West. Helena Bonham Carter, Tom Wilkinson and William Fichtner round out the supporting cast.

The first thing that I must point out is how the script felt like one of Frankenstein.

he writer took bits and pieces from other screenplays that have worked in the past and attempted to stitch them together while attaching it to a story that doesn’t warrant most of those elements. 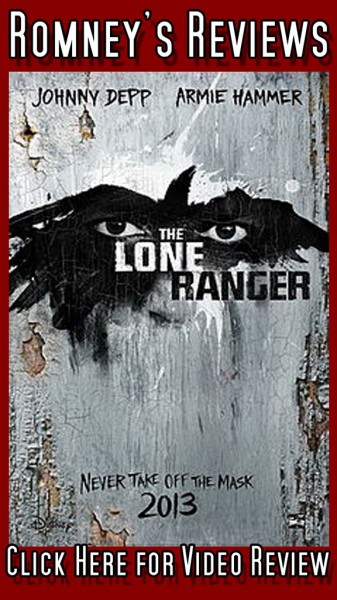 Given that this is the same exact crew that was responsible for the Pirates of the Caribbean films, many of the scenes and elements right down to the musical score feel lifted from un-produced screenplays of future Pirates films.

This is especially visible with the large degree of tonal whiplash, from which the film suffers. One moment, it will be a light-hearted comedy, only to become an angst-filled drama the next minute.

On top of that, you have ideas, motifs and characters that probably sounded good on paper but ultimately fail to add anything to the overall story and simply feel like padding.

It is because of these factors that the comedy in the film feels forced, as it doesn’t flow organically from the actions of the story. It feels like the jokes were put in to appeal to the younger audience that will laugh at almost anything.

The only positives I can really give is the use of practical effects as opposed to CGI because, at the very least, the events in the film feel like they are actually happening as opposed to venturing into the uncanny valley with computer-generated effects. On top of that, the casting is also relatively suitable as the actors do an okay job with the material given, even if that material insults the intelligence of its audience from time to time.

Overall, The Lone Ranger is a 149-minute long attempt at recreating Pirates of the Caribbean in a Wild-West setting, feeling more like the set-up for a Lone Ranger-themed attraction at the Disney parks as opposed to a start of a new franchise. It’s a decent action-adventure family film, but it most certainly doesn’t feel like a Western, and it surely doesn’t come across as a story about the Lone Ranger—so die-hard fans will absolutely loathe it. If you have children, then they will probably be the audience that enjoys the film the most, but don’t bother paying full price. On my personal scale, I give The Lone Ranger a 3/5.