Home Arts and Entertainment It may not be the Superman we know, but that’s the point

When I heard that the director’s chair for Man of Steel was given to Zack Snyder, a filmmaker who can produce decent adaptations of graphic novels one moment and then make a film about vapid-eyed strippers who are actually mental patients fighting monsters in their delusional minds the next, I braced myself for a needlessly hard-boiled reboot of an American icon with slow-motion galore. 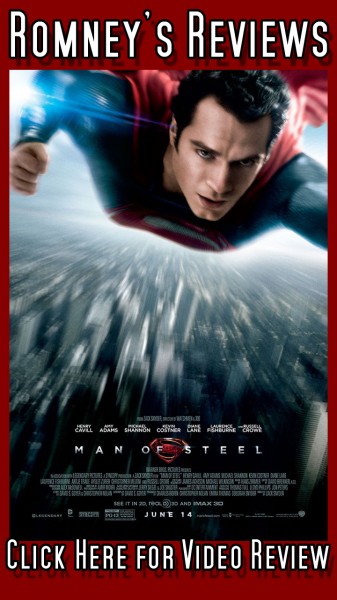 However, I found myself pleasantly surprised that, though different from its predecessors, still feels like a real Superman story. There are deviations from the mythos, but it still has all of the necessary elements to make a superhero movie compelling.

Henry Cavill stars as Clark Kent, the last son of Krypton, sent to Earth by his father Jor-El, played by Russell Crowe, as the Krypton planet meets its end.

While struggling to form his identity as a child of two worlds, the arrival of General Zod, played by Michael Shannon, forces him to step up as the defender of Earth he is fated to be.

The movie is long at 153 minutes. The story also spends a great deal of time depicting the fate of Krypton. It’s not a particularly boring or drawn-out sequence, but it’s sizable enough that I got a little impatient. This isn’t entirely helped by its not-so chronological progression as the film glances over Clark’s childhood assuming that it’s the same kind of information we already know about.

The story really picks up when Zod arrives on the planet.

This also allows for the more intense action scenes that, while mostly CGI, are still easy to follow and don’t linger too long. Zack Snyder managed to keep his use of slo-mo to a minimum.

Speaking of Zod, the changes that were made to the mythos were pretty minimal, despite the panic of the fan boys. Even though the appearances and certain events were different, at the heart of the film, the characters are the same ones fans know and love.

When it comes to the acting, it’s pretty good. It took a while for Henry Cavill’s performance to grow on me, but by the end of the film, I was able to see him as Superman. Michael Shannon’s performance as Zod, however, was a bit mixed. He was good at being intimidating, but there are points in the film where the intensity is dialed down at an almost jarring pace. Although the motivations are clear, they could’ve conveyed the more sympathetic aspects of Zod in a smoother way.

There are times where the score composed by Hans Zimmer, the composer for Nolan’s Dark Knight trilogy, comes on a little too strong and heavy. Combine this with the surround-sound of a movie theater, and your head will feel like a plate of Jell-O being carried by a shivering waiter on roller skates.

Overall, I enjoyed this film as it was much better than I expected. It’s a fresh take on Superman that sidesteps much of the information we already know going in while still making it easy for those unfamiliar with the character to get invested. While it is long, it still maintains a steady pace once it gets past the backstory showcased at the start of the film. If you’re a fan of the Nolan Batman films or are a die-hard fan of the Superman comics, then you’ll definitely find enjoyment with this film.