Home Arts and Entertainment Can Shyamalan make a comeback with ‘After Earth?’

No, you didn’t misread that headline. After Earth was directed by M. Night Shyamalan. He also co-wrote the screenplay, but this time the ideas came from Will Smith, who in addition to starring in this film is also the producer, as this is another vehicle in which to make his son, Jaden, a movie star. 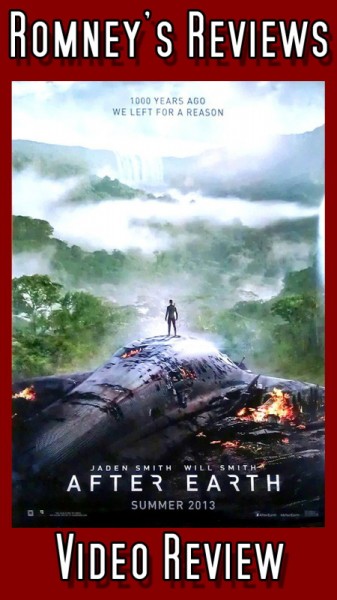 Naturally, I had mixed feelings given that this is coming from the guy who turned the Fire Nation into India However, the people in charge of marketing this film have played it safe by not mentioning Shyamalan in the majority of the advertising campaign. Given that there were also other powerful people involved in the production, I believe it’s safe to assume that the director was kept on a very tight leash in terms of creative control.

After Earth takes place in a post-apocalyptic future where the damage to the Earth became so severe that humanity had to leave the planet for somewhere more livable. While en route to a distant planet for training exercises, Cadet Kitai Raige, played by Jaden Smith, and his father, played by real-life father Will Smith, are forced to make an emergency landing when their ship is damaged by asteroids.

The two are the only survivors of the crash, with part of the ship containing an emergency beacon landing a sizable distance away from the cockpit.With his father too injured to travel, Kitai ventures forth on a planet Earth where the flora, fauna and environment are incredibly hostile to any human who dares to set foot on the surface.

The story gets off to a really rocky start, as the not-so-subtle expositional onslaught throws a lot of information at the viewer in a way that almost seems amateurish.

It attempts to implement the In Medias Res storytelling device, where the movie starts off in the middle and then goes back to the beginning, but the scene they start with was not the best scene with which to implement that device.

This isn’t helped by a grating delivery of said exposition from Jaden Smith as, for the first part of the film, his acting leaves much to be desired. The best way to describe it is that it sounds like he’s either trying to talk with an accent or trying his best to suppress an accent. In either case, it wasn’t working.

The same thing could be said about Will Smith’s performance. The delivery of his lines didn’t feel natural. While the character is supposed to be a hardened general with little to no emotion, Will Smith is a poor choice for that kind of role. It shows on screen that it’s the kind of character that he’s not used to playing.

The fact that there is only two characters throughout the majority of the film does play to its advantage as the story begins to pick up after they’ve crashed on Earth.

The dynamic between the two is clearly established, and we get to see the characters soften up a little bit over time, which allows for some more natural deliveries, with a few exceptions.

The movie boasts strong visuals, even if the effects can be little cheesy at times almost to the point of laughability. It sports a pretty decent pace when it comes to the more suspenseful scenes and does a great job of establishing the “science” at play in the story.

Overall, After Earth is a decent film, better than I expected, but it does take a while for your suspension of disbelief to kick in. Where it shines, it shines really well, but the stiff acting at the beginning almost took me out of the experience. If you’re into sci-fi like Prometheus, then there’s some enjoyment to be had here. On my personal scale, I give After Earth a 3.5/5.