Home Arts and Entertainment The Weekly Reel: Baseball teaches us about story structure 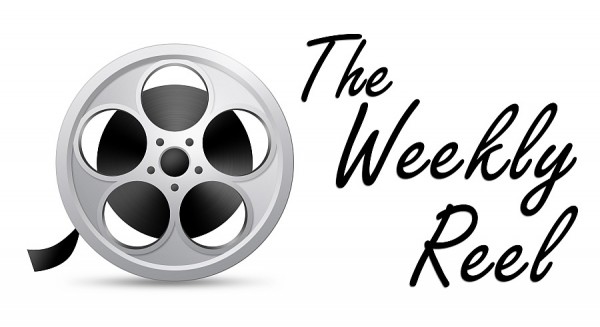 Let’s begin by setting the scene:

It’s a warm summer day. The midday sun shines over head. It’s the bottom of the ninth with two outs and the bases are loaded. The away team, the Mallards, are ahead by three runs and are on the field. Things aren’t looking good for the Bruins now at bat. The Mallards take their position. They appear mildly unorganized, but settle down when the pitcher takes the mound. The Bruins send their player up to the bat.

The pitcher and catcher exchange signals as the batter does a few warm up swings. First the wind up, then the pitch (a split-finger fastball). The ball dives hard towards home plate as the batter swings, allowing the catcher to snag it as it comes in. Strike one.

The batter is in a pickle, one more strike and he’s out. The pitcher and catcher can see that he’s shaken. Suddenly, the batter does something unexpected and steps to the other side of the plate. First he was batting right, now he’s batting left, a switch hitter.

This prompts the catcher to signal for a knuckle ball – a hard to control, hard to catch pitch. The pitcher nods and then winds up. He throws the ball, not sure what course it’s going to take.

The impossible happens. With a crack of the bat, the ball is sent flying. Over the head of the pitcher and past second base, then out of the park. The last batter hit a home run, bringing the runners home and placing The Bruins ahead by one run, winning the game.

While this is just a simple, mildly improbable, scene, it can be used to demonstrate the very basic story structure of a film, down to the way the paragraphs are written

The first paragraph of the scene acts as the setup of the story, where we’re introduced to the teams and key characters, the batter, the catcher, and the pitcher. The setup usually leads to the inciting incident and/or first plot point, in this case, the batter coming up to the plate.

The next two paragraphs illustrate the rising action, where the story progresses and slowly builds tension, in this case the batter missing the first two pitches. The tension is then built up to a climax. In this story, the climax is the looming third strike, the last chance for the batter to bring the runners home and turn the tide of the game. Everything is riding on it.

While the next basic step could either entail the batter just hitting the ball out of the park, I chose to implement another common screenwriting device known as the turning point. This is where something is brought into the story to either complicate things further, or set the protagonist on the path towards resolving the main conflict of the story.

As the ball flies out of the park, we now observe the falling action as the story is brought to it’s resolution or dénouement, where we see the results of the protagonist’s victory and bring the tension back down to where it was at the beginning. In this case, the home run brought the other runners home and put the Bruins ahead by one run winning the game.

That is how something as simple as a baseball game can be used to demonstrate story structure, particularly when it comes to screenwriting practices. While not all films or other forms of narrative adhere to this structure, it’s a good base to build upon when writing for a medium that only has a short amount of time to tell its story as opposed to a more self-paced medium.

Donate blood to help save lives

‘Andromeda Strain’ adaption to air this Friday on Radio SLCC