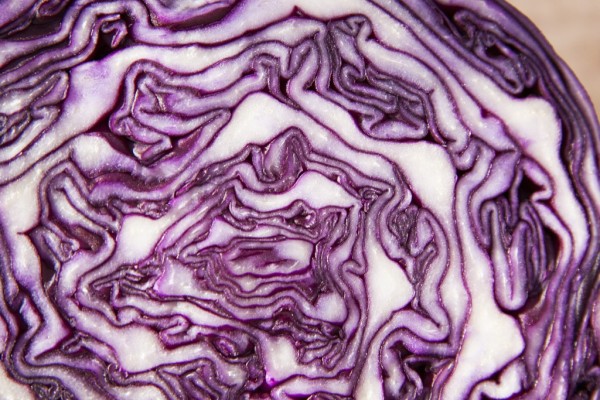 Most people think of corned beef and cabbage as a traditional Irish meal but it has other roots just as cabbage has many other uses.

Raw cabbage is rich in vitamin C. Sauerkraut is also an excellent source of Vitamin K. In the old times, Vitamin C was hard to come by during the winter. Sauerkraut was one of the very few sources.

Place shredded cabbage in a large pan. Mix cabbage and other ingredients with your hands. Pack gently with hands or potato masher. Repeat until pan is nearly full, about 2 inches from the top.

Cover with cloth and place a plate with clean rocks or something heavy on top. During the curing process sauerkraut needs daily attention. When curing, cabbage will form liquid brine.

Remove scum as it forms and wash cloth often to keep it free from scum and mold. At room temperature, fermentation will be complete in 10 to 12 days.

Pack into jars adding enough liquid to fill jars. Often there is not enough liquid. If this happens, make a weak brine by dissolving 2 tablespoons of salt to a quart of water.

**NOTE: It is important to know that cabbage is a crop that is often treated with chemicals. Fermentation, such as used in sauerkraut, intensifies the sugars, minerals and any chemicals used to spray the cabbage. For this reason I suggest that you only use organic food when fermenting.

Corned beef and cabbage was well liked by the Greeks and the Romans. They thought that cabbage was the cure-all for any and everything.

The Emperor Claudius liked corned beef and cabbage so much that he had the senate debate if there was any other meal that was better.

If the emperor loved this meal so much, it would be foolish for the senate to disagree, which of course Claudius’ senate found that nothing could top corned beef and cabbage.

Greek legend says that when King Lycurgus was punished by the gods he cried, and his tears became cabbages.

Cabbage has been around for about 4,000 years and was domestically grown for over 2,500 years. Around 600 BC the Celts brought the humble cabbage to Europe from Asia.

It has become well known in Germany in its fermented state, also known as sauerkraut. Because it keeps well all winter, cabbage is often thought of as Russia’s national food.

When soldiers were injured after severe storms Cook had his ship doctor use the sauerkraut for a compress. In most cases this saved the wounded from getting gangrene.

In the 1950’s researchers found a link between drinking cabbage juice and the healing of peptic ulcers. They showed results in as little as seven days.

Like other cruciferous vegetables, the American Cancer Society recommends cabbage juice because of its anti-cancer properties.

Because cabbage has shown to have anti-inflammatory, antiseptic and diuretic properties, it has historically been used to treat many ailments, such as headaches, insomnia, asthma, colds and coughs, constipation and radiation exposure.

While there are more than 100 varieties of cabbage we comely only think of the three most common green, red and savory

Green cabbage is the one we typically see in stores. Red cabbage gets its color from the flavins found in the soil it is grown. Savoy cabbage is the prettiest to look at with its ruffled, lacy looking leaves and is a winter crop.

When you are planning your St. Patrick’s Day meal maybe you should rethink the corned beef and eat more cabbage or start drinking cabbage juice since it so good for your health.

Utah’s air quality is anything but the greatest

What students should know about Breast Cancer Awareness Month

What you should know about measles